Lively music, progress tracking, enthusiastically pronounced words, and bright colors make learning the numbers in six languages (English, Spanish, German, French, Russian, Portuguese) effortlessly enjoyable with Learning Numbers: Kids & Toddlers With the play mode you can appropriately challenge your child and track her or his progress. This free educational number recognition game, is a fun and entertaining way to learn to recognize, identify, and name the numbers for both boys and girls! Simple and exciting, it introduces the beautiful world of numbers to your baby in an amusing and engaging educational process. Toddlers will learn the numbers and begin to effortlessly associate them with different objects such as animals and cars. Learn Numbers: Kids & Toddlers is specifically designed for toddlers, kids, babies, and babies (both boys and girls) in preschool, kindergarten, or elementary school. Clearly spoken numbers, large and colorful buttons, lively music, and a simple interface make learning the numbers easy and fun! The intuitive interface allows young kids and toddlers to easily learn. As the app replicates the way humans naturally learn languages with listening, repetition, and phonics, kids quickly learn to recognize, say, and read the numbers. Younger kids often have trouble identifying, naming, and learning the numbers. This educational game allows your preschooler not only to learn his or her numbers, but also to correlate them with different objects and early English. Numbers for toddlers makes this simple through a game-like atmosphere and clear, bright, and sharp colors. Parents can enhance the learning process by using practice mode with their kids and saying numbers to be pressed. You can do this exercise the opposite way by having your child press a number and tell you what they pressed. This type of training will contribute to the cognitive development of your child by improving his or her memory, listening, phonics skills, early English, and logical thinking. Advantages of the Game: - It will effortlessly teach your child the numbers from zero to one hundred. - Each number is pronounced clearly and distinctly in learning numbers, allowing your child to learn the foundation of the English language, something that will be useful for further study of languages. - The number matching game for toddlers will reinforce newly acquired skills and train the child's memory in learning numbers and early English. - The game interface is so clear, simple, and intuitive that even the youngest babies, children, and toddlers will be able to interact and play on their own. How to Play: Number Matching Game - In the number for toddlers matching mode, toddlers practice the numbers by trying to match a spoken word to its number. This mode is perfect for checking the number recognition skills and reviewing the names of the numbers. If your child correctly matches the numbers and spoken word, an encouraging and motivating sound will be played and a new number will be said. 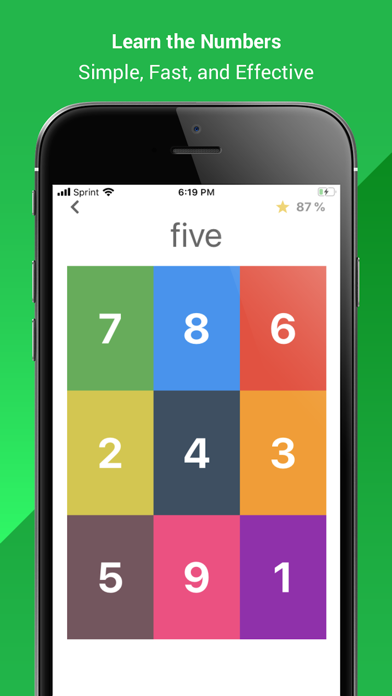 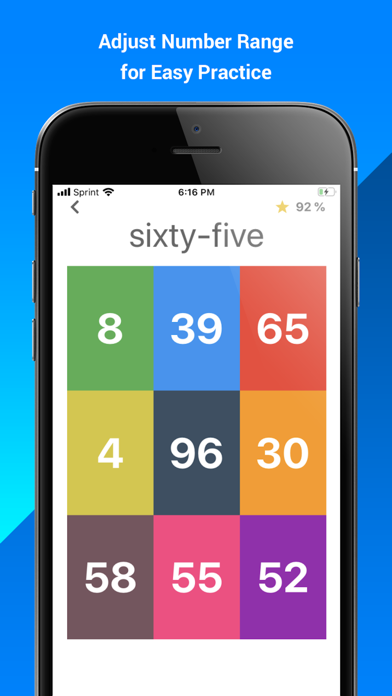 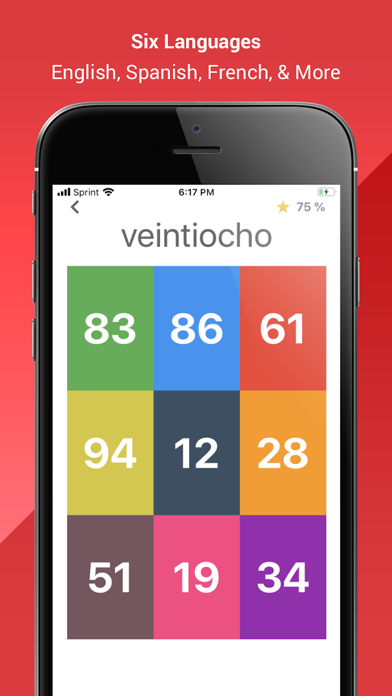 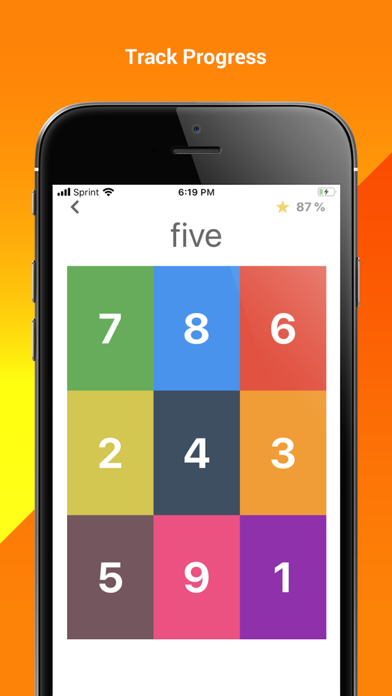